By Hunter Elliott on October 7, 2018 in Product Reviews 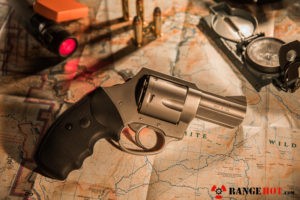 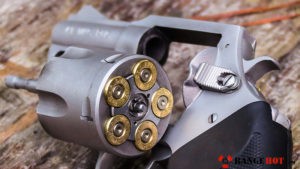 The five shot cylinder held up well over 150 rounds with no problems with no lock up or end shake developing. 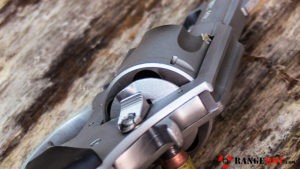 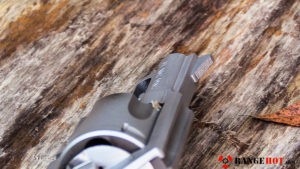 Fixed sights with the front sight serrated to keep light reflection to a minimum. 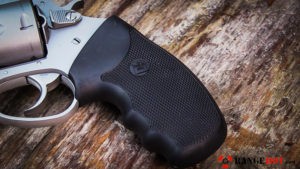 Somewhat over-molded rubber stocks are well textured with finger grooves. These helped some with the recoil. 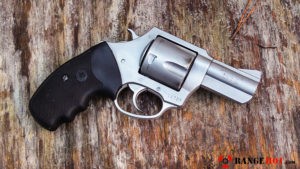 The trigger pull was not bad at all, breaking under four pounds in single action and about 12 1/2 pounds in double action. 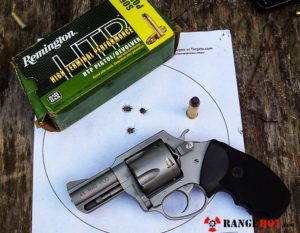 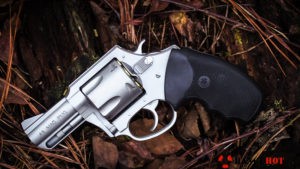 We managed to get 150 rounds down range with the Mag Pug between myself and several of my friends. I want to mention the recoil on this little revolver is stout but with correct technique and range time, it can be managed. This handgun would serve the hiker, hunter or camper well where space and weight are limited. As for home defense or concealed carry, it would suffice but not ideal being a bit too much for such a task. As with any firearm, you would need to spend the time at the range getting acquainted with it becoming proficient enough to run the gun with confidence, and with a revolver with such recoil, you will need to put the time in.  If you are looking for a small and lightweight magnum revolver the new Mag Pug is worth looking at.