By Hunter Elliott on April 1, 2020 in Product Reviews

Back in 2016, I reviewed the Gilboa M43 rifle from Silver Shadow; you can read that review by following this link. I was impressed by the rifle and began to develop a relationship with the manufacture and the fine people that worked there.

The Gilboa DBR Snake was unveiled at the 2017 SHOT show, and after a few changes to that initial model by the end of 2019, my review sample arrived. 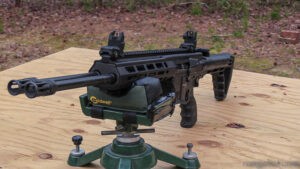 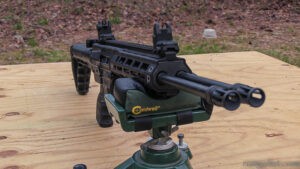 This rifle is something entirely different; a true double barrel AR-15 chambered in 5.56×45. 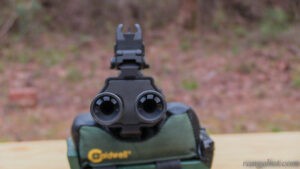 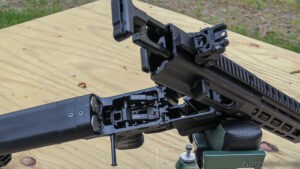 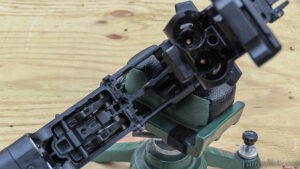 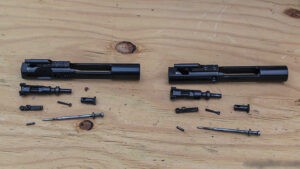 After about 250 rounds through each side with just over a total of 500 rounds of various types of ammunition, the BCGs were a little dirty but showed no signs of wear, the gas rings still had plenty of tension, and the gas keys were still firmly in place with correct staking. 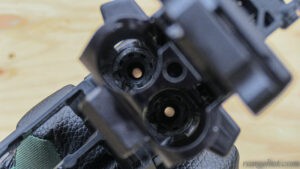 Let’s talk just a bit about how I came to the accuracy numbers. Initially, once I got the sights aligned as recommended by Gilboa, I began three-shot groups at 100 yards with iron sights. I shot a couple of groups with both barrels and both barrels grouped very similarly; however, it was tough to fire both barrels at the same time while concentrating on marksmanship fundamentals. I made the decision to shoot the rest of the groups with just the right barrel, and this was much easier for Candy, Chad, and myself to concentrate more on the single-shot than attempting to have both barrels shoot simultaneously. 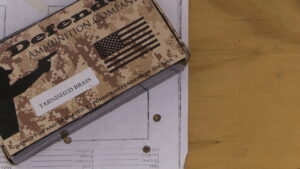 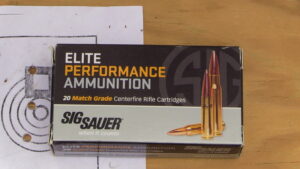 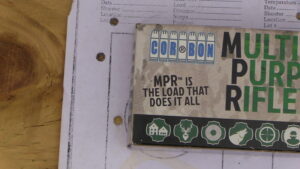 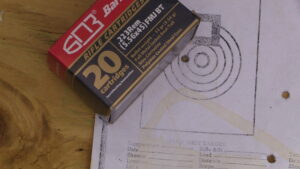 Best groups of the day

After some 500 rounds downrange or about 250 per side, there were no stoppages or breakages. I realize that is not a tremendous about of rounds through the DBR Snake. I believe if something were misfit or poorly designed, it would have shown up during the review. Accuracy was on par with what I would expect of a nice AR-15 with iron sights. Now I get it, the double-barrel AR-15 is quite unique and is not for everyone. While the fun factor was present with all shooters, some did not see a practical side. My thoughts are it has a few advantages such as being able to load different types of rounds in each magazine or in the event of one side experiencing a stoppage; the other side being independent can continue to function. Whether you agree or not, you have to acknowledge it is quite a feet or engineering and R&D to produce such a rifle that functions. Thinking outside the box, such as with developing the DBR Snake, is when innovation happens. For manufactures to dream up and produce unique designs gives birth to the next generation of operating systems and configurations. At the very least, you have to appreciate the Snake in that aspect. For me, I could see it serving as a self-defense or home defense firearm, with sixty plus two rounds on tap without a reload and the ability to add whatever sights and accessories you see fit. If you are looking for something unique that will put a lot of rounds downrange in a hurry, the Gilboa DBR Snake is something to consider. 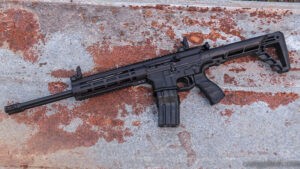 Remington 700 VSF in .220 Swift #LongLivethe220Swift
Fix It Sticks, Your Next Must-Have Gun Accessory