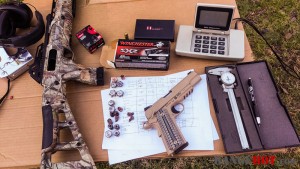 A few years ago I published the differences in 9mm Luger ammunition performance when fired from a pistol and carbine. You can read that article by following this link. Now I have finished the Hi-Point carbine in .45 Auto review and the new Ruger ARX defensive ammunition I thought it a good time to do the same comparison for .45 Auto. 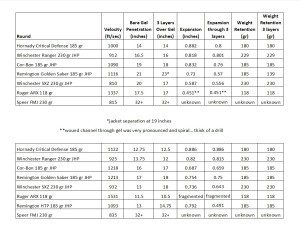 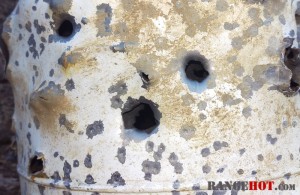 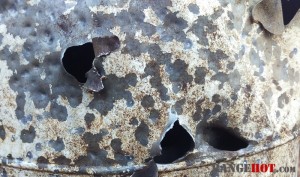 You can click on the above chart to see an expanded view and the differences of the round as fired from a five inch barrel and a seventeen and a half inch barrel. The Ruger ARX bullet is polymer so I was curious how it would penetrate mild steel. You see on the right photo the top hole is 9×19 Ruger ARX and the one centered is the ARX in .45 Auto as fired from the handgun. You can see the exit holes on the other photo. This is an expansion tank like you would find above your water heater.  As you see, the ARX had no trouble penetrating this mild steel tank.  The .45 Auto is a formidable defensive round out of a handgun to be sure but it gains a bit of juice when fired from a carbine.