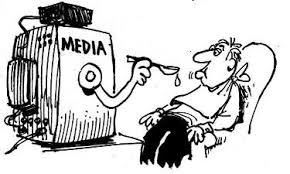 I have attempted to keep rangehot.com out of the political argument. I want it to be a place where friends of all beliefs can come together to read and discuss firearms. I was happy with that mission statement until a few days ago when I read The 5 Most Dangerous Guns in America  posted in the Rolling Stone magazine.

Now, The Rolling Stone is not what many consider a world news source mainly because it is centered around entertainment, a noted left leaning industry. So when a magazine that is known for it’s artist interviews, festival coverage, and liberal beliefs publishes an article about firearms, it is not as if National Geographic did it but still it caught my attention. I read and reread the article a couple of times and honestly I was blown away. Not by the reporting but the lack there of. If you were not able to stomach the piece it names the five most dangerous guns as  (spoiler alert) 1 pistols, 2 revolvers, 3 rifles, 4 shotguns, and 5 derringers. This supposedly considers what type firearm is reported by the ATF as found at crime scenes. Well, hell that about covers all guns in the world so what exactly this article is driving at is that all guns are bad.

The reason this is so asinine is they have been able to boil down the five most dangerous firearms as all firearms. Lumping pistols as the most dangerous firearm in America. The sad part is nothing was reported on how many times pistols, or firearms are used in defensive situations. A report from the Department of Justice states that since 1993 firearm related homicides have declined 39%. There is a lot more useful information in that lengthy report if you care to read it you can find it here.

According to The Washington Post, the majority of Americans say guns make the home safer. That story can be found here.  Also according to NPR gun control does not work. That story can be found here.  As a matter of fact an entire website has been devoted to debunking gun control myths, you can find that site here. Now this article is not all about links to files and websites debunking gun control as anyone with an internet connection can find the same articles, but I wanted to share a few I have enjoyed and used in discussions to help prove my point.

So, in summery the article from The Rolling Stone is brainless content fill that really says nothing and proves no points but goes to add fear to those who are prone to knee jerk reactions and seeking help from the government by asking to strip our rights away.

In the spirit of bad journalism I decided to make my own list.

The 5 most dangerous journalistic errors in America.

1 Station owners that push an agenda for profit over facts.

2 Reporters that have their own beliefs and push those beliefs as news but is nothing more than baseless propaganda.

3 Reporters who have no idea what they are talking about and instead of educating themselves on a topic, just guess and report their guess as fact.

4 Editors on the payroll pushing an agenda of the owner, station manager, or reporter over the facts without ever researching a story.

5 Station owners/managers/reporters that sensationalize violence in hopes to gain ratings and push their agenda regardless of the harm it will cause.

I could go on and on but the internet is finite as is bandwidth so I expect you all get the point. If not my point is, I don’t give a damn what these idiots say, guns are awesome. 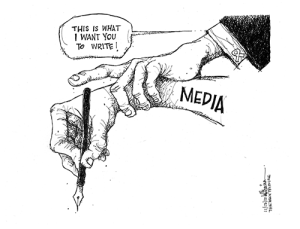 gun control, gun control does not work, Rolling Stone, The 5 most dangerious guns in America