Liberty Suppressors has reintroduced the multi-caliber Infinity X Lightweight with some upgrades, such as the titanium monocore baffle system and the same mounting system as the Mystic X and the Centurion. 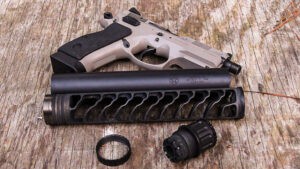 Here you will find the list of the calibers the Infinity X and Mystic X are rated for. 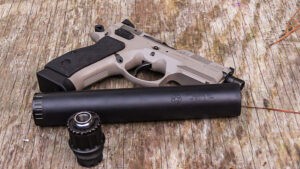 During the review, I used the CZ P01, Barnes Precision Machine AR-15, and Marlin 336 Dark as hosts, as expected there were no problems with accuracy or reliability.

Considering all of the expense and trouble to legally buy NFA items a multi-caliber silencer makes excellent sense. With the correct piston and fixed barrel adaptor, you can go from your pistol to rifle with a quick change. The Infinity X is an excellent light weight option for those looking for a quality and affordable multi-caliber can.

Measuring the sound levels at the ear of actually what you hear and not the peak noise the Winchester 9mm 147gr subsonic ammunition averaged 77 db. Again that is the measurement of the sound heard at the ear, not peak sound. 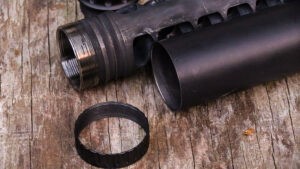 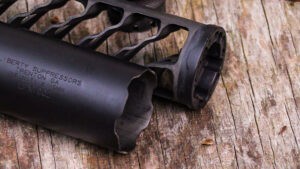 To disassemble removing the locking nut and the monocore baffle will slide out of the housing. When reassembling be sure to align the grooves on the end of the core to the housing.