By Hunter Elliott on October 1, 2018 in Product Reviews 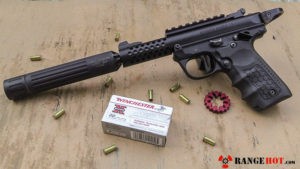 It was a couple of months ago the new rimfire silencer from Liberty Suppressors, the Vector showed up for review. 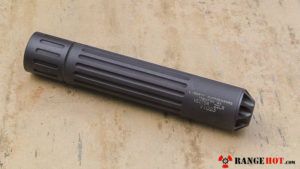 The Vector is comprised of an aluminum tube and stainless steel baffles. 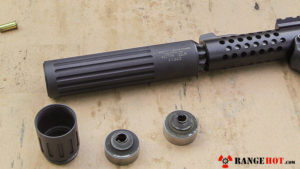 Being somewhat modular, if you choose to you can remove an inch of the tube and two baffles from the end. Once you install the end cap you will have shortened the length from six inches to five inches, though you do sacrifice about five decibels of noise suppression. 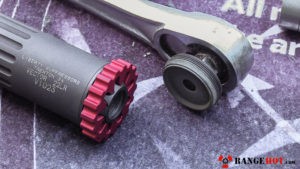 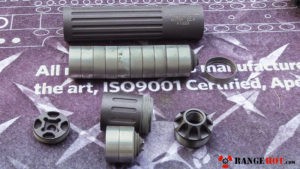 The baffles are designed to form their own tube, not touching the inside of the housing, in order to keep the fouling at a minimum inside the aluminum housing. This makes disassembly much easier especially if you neglect cleaning the can as often as you should. 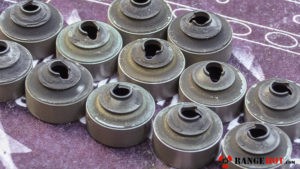 The 18-8 stainless steel baffles have a gas dispersion ring to cut down on the fouling from collecting where the baffles meet, making them easier to separate. The baffles are identical so they need not be in a particular order reassembly.  Being made of stainless steel the baffles can be cleaned with any number of solvents or even with a vibratory process.  Shown in the photo is the build-up after about 1000 rounds of .22 LR (super and subs) as well as .22 WMR, and disassembly was not a problem.

The Vector was designed with a bit of modularity and ease of maintenance but did not impact accuracy or function of any of the three hosts I used: Ruger MK IV 22/45 Lite, Ruger 10/22 Take Down Lite, and Kel-Tec PMR 30. If you are interested in a can that will stand up to magnum rimfire without strict service intervals the Vector is certainly worth looking at.