By Hunter Elliott on November 11, 2019 in Product Reviews 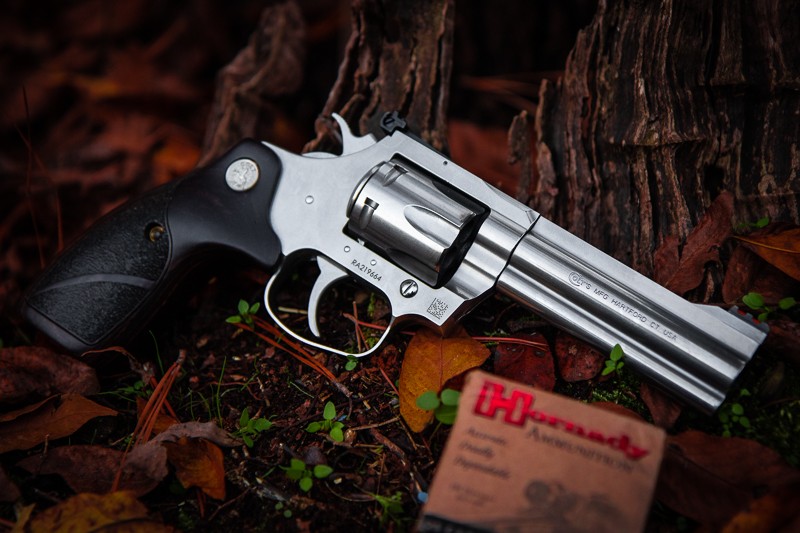 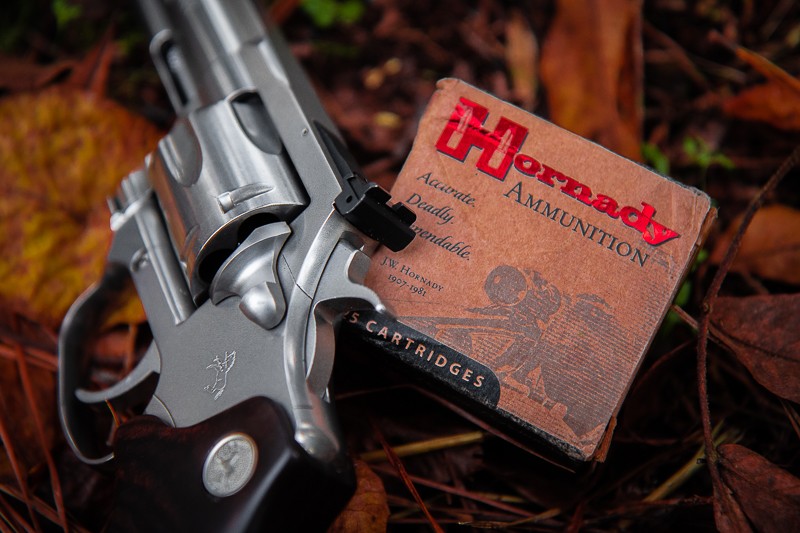 The revolver is well fit, had a traditional Colt cylinder latch and clockwise rotating cylinder, and a target rear sight adjustable for windage and elevation. The hammer spur was serrated for a positive purchase when thumbing the revolver. The trigger broke about 3 1/2 pounds with minimal take-up and almost no overtravel in single action and about 9 1/2 pounds with a steady non-stacking long trigger pull in double action. An excellent trigger by any measure. The trigger guard was a bit oversized, allowing large or gloved fingers to work the gun. A transfer bar safety is present adding another layer of safety to the King Cobra Target. 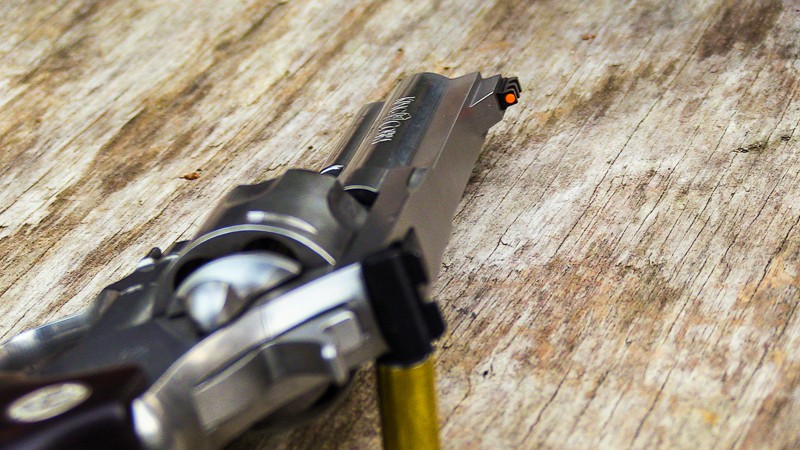 The orange front fiber optic sight stood out and contrasted nicely against the rear U notch rear sight. 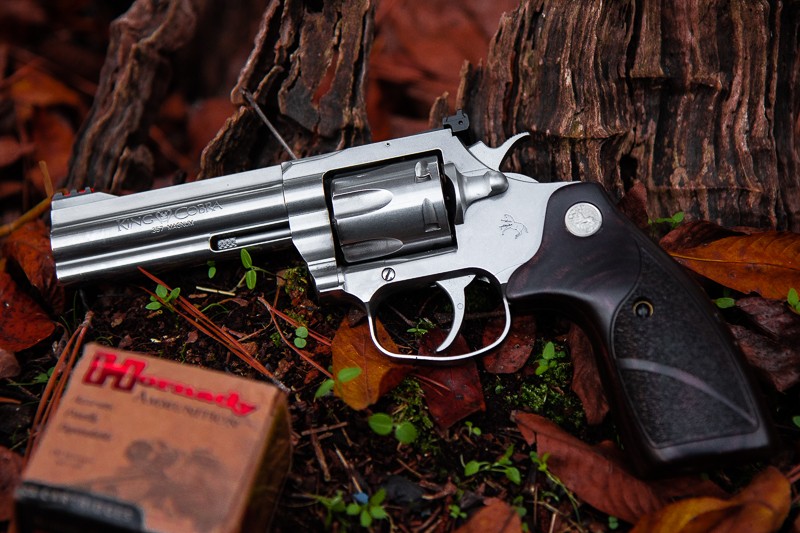 The wooden stocks had just a hint of a beavertail and are checkered on the port and starboard sides. The full-length ejector rod shroud is a nice touch, adding to the attractiveness of the handgun. The muzzle features a recessed crown, protecting the rifling. 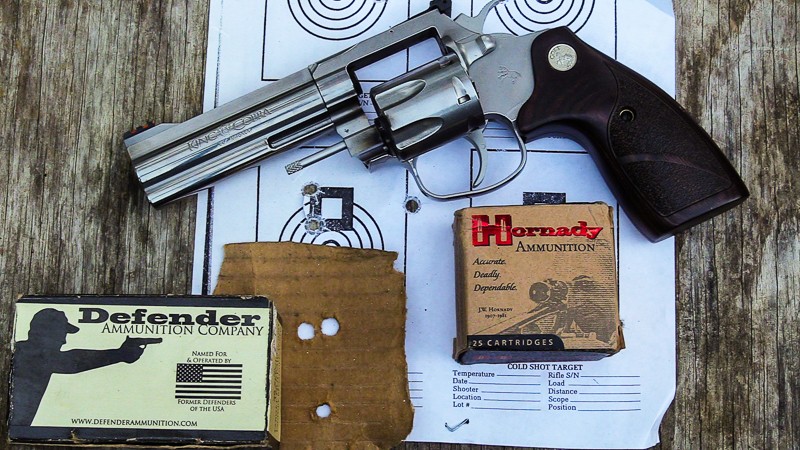 Accuracy was on point as you can see, two of the best groups of the day. The left from Defender 125gr .38 Special HP and the right Hornady 158gr XTP .357 Magnum.

3 shot groups from a rest at 25 yards

The Colt King Cobra proved to be quite a reliable and accurate double-action revolver. With some 250 rounds downrange with the majority being .357 Magnum and more than a few .38 Special, there were no issues or problems with the revolver. As expected, the .357 Magnum can be a bit of a handful in any handgun; the .38 Specials were a dream to shoot, especially the DoubleTap wadcutters. Many believe the .357 Magnum is the gold standard of defensive cartridges, and I will certainly not argue with that. While the King Cobra Target is a target revolver, it could easily be used as concealed carry, personal, and home defense. I am thankful to see Colt getting back into the double-action revolver market and believe this King Cobra Target is an excellent addition to the stable. If you are in the market for a versatile revolver for range or match use that can serve double duty as a defensive sidearm the Colt King Cobra Target is an excellent option. While 250 some odd rounds is not a great deal I am confident if there was an issue with this revolver it would have shown up.

Happy Veterans Day to all who stood up and made the choice to defend our beloved America. 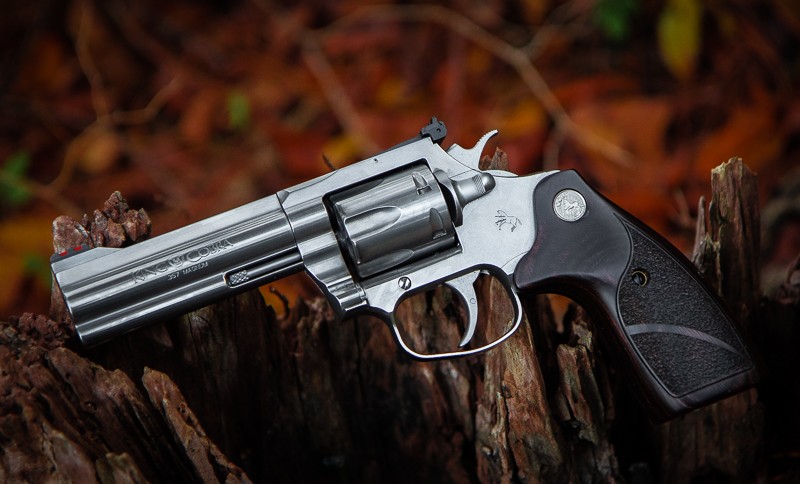