By Hunter Elliott on June 14, 2015 in ballistic testing, Product Reviews 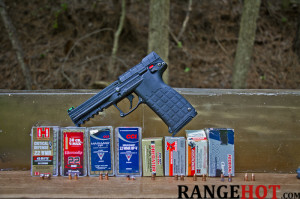 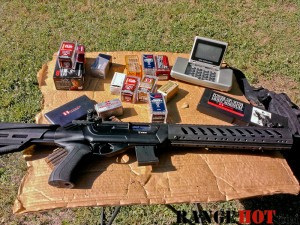 Can the .22 WMR be used as a defensive cartridge? If asking literally, any cartridge can be used as a defensive cartridge. But is it viable? Well, we set out with a brand new Kel-Tec PMR-30 test sample, a CED chronograph, two blocks of ballistic gel, and ten different rounds that offer a good cross section on what is available. Using the same protocols as I have in past ballistic tests we attempted to offer some information on the round so people could make a more informed decision. No one can tell you what is the prefect round for you to carry but seeking out information can help you narrow down the choices. The point of the .22 Winchester Magnum ballistic test is to provide some of this data. You can find the Kel-Tec PMR-30 review by following this link. 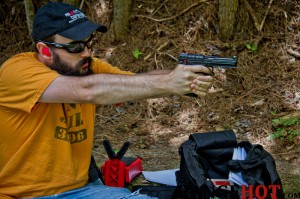 Clinton Jamieson, taking his turn on the Kel-Tec 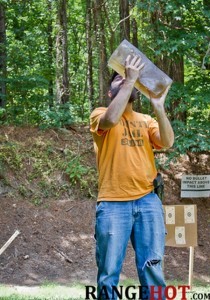 Clinton, offering up a block of ballistic gel to the propellant Gods. No, really he was looking for one of the evasive .22 bullets. 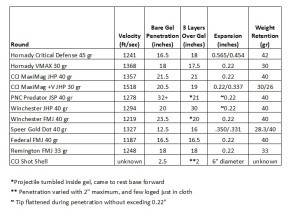 The .22 WMR lost some velocity through the 4.3″ barrel length as opposed to a rifle but it was still pretty impressive, as you can see in this chart of the .22 Winchester Magnum ballistic test.

Ballistic chart from the CZ 512 Tactical with a 16 1/2″ barrel. As you can see, that added barrel length made all the difference in the world.

The recovered bullets in front of the boxes they came from PMR-30. 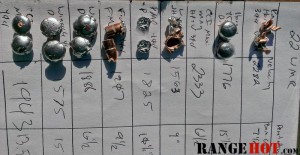 The recovered bullets from the CZ 512 Tactical. 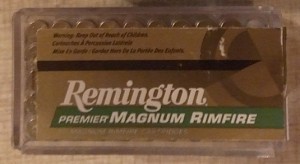 I no longer have the Remington box but this is a photo of it. 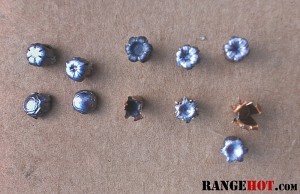 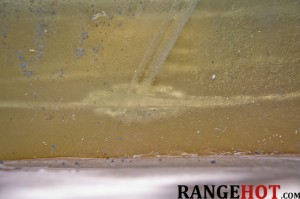 The Winchester 40gr FMJ made an impressive wound channel, the other FMJs were very similar. 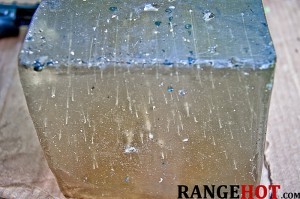 You can see what the CCI shotshell did from about five feet away from the PMR-30 but they did not offer enough energy to reliably cycle the action. I did not shoot them across my chronograph for obvious reasons. According to CCI the shotshell is 52 grains of #12 shot at 1000 feet per second. It also notes on the website that the shotshell is not intended to cycle semi-automatic firearms.

Now, is the .22 WMR a viable defensive cartridge? Maybe but more so from a rifle. The Hornady Critical Duty preformed very well, in the PMR-30 and CZ 512 Tactical. With thirty rounds on tap in a pistol with very low recoil I could see how this as a great option for camping, fishing, and so forth as well as for someone who is very recoil sensitive while the 512 Tactical utilizes a ten round magazine. I don’t think I would pick the pistol for every day carry but I promise a handful of .22 bullets headed your way would definitely change someone’s mind.  I can for sure see a place for a light, high capacity pistol chambered in .22 Magnum in your safe or tackle box and the 512 Tactical for the provable truck gun. Even if this would not be your choice for a defensive round it is so much fun to shoot you will have to sit on your hands to keep from clapping.