By Hunter Elliott on December 3, 2017 in Gun Talk, Product Reviews 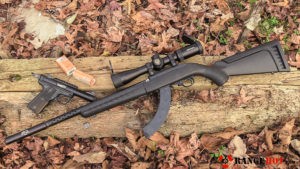 Using the 10/22, accuracy did not suffer at fifty yards from how that rifle grouped without the silencer, and decibel readings peaked at 78.2 db using Gemtec subsonic ammunition.

Using the 22/45, accuracy did not suffer at thirty feet from how the pistol grouped without the silencer and decibel readings peaked at 84.1 db using Gemtec subsonic ammunition.

Reliability with subsonic and supersonic ammunition did not change with either host, as expected. 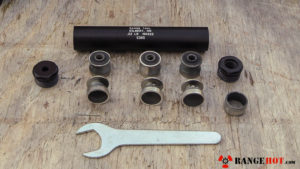 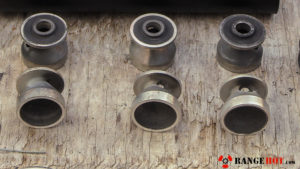 The Range Tool silencer is all aluminum, utilizing six baffles of the K design, threaded 1/2×28 as expected for a rimfire can.  Both ends can be removed by the supplied 7/8″ wrench or any similar tool.

Sadly, there is not a lot of information online about this little can but through some 500 rounds of subsonic and supersonic ammunition there were no issues and everything inside held up just fine.  Though I could not find the MSRP, retail should be well under $100. I will be reaching out to Range Tool for more information on this silencer. 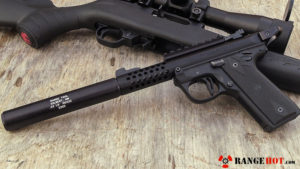