By Hunter Elliott on October 16, 2019 in Product Reviews 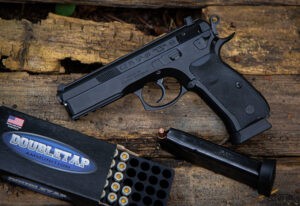 It was about three months ago I received a CZ 75 SP 01 Tactical for review, and with almost 500 rounds downrange, we all got a chance to see what was what. 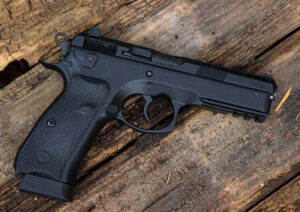 You will notice, this pistol is reminiscent of the 75 B Omega, as reviewed here.  However, it has some noticeable updates such as three-dot night sights, increased capacity, and an incorporated Picatinny Rail. Take note of the lanyard loop just behind the magazine base pad, a very nice touch. 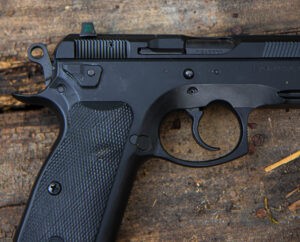 Factory installed ambidextrous decocker, undercut trigger guard, rear sight drift adjustable for windage. Large slide stop that is serrated for a positive purchase. The trigger is a double action from decock and single action for subsequent shots, as the slide cocks the hammer. The DA trigger breaks about fourteen pounds with some take up and overtravel with the SA trigger breaking about five pounds with lessened take up and over travel. The factory rubber stocks are removable. 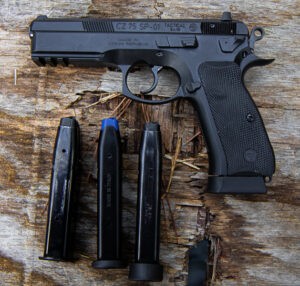 A deep beavertail and slightly checkered backstrap for a solid purchase. You can see the rear Tritium night sight and skeletonized speed hammer. 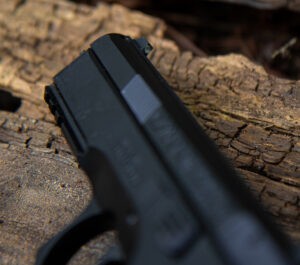 Front night sight. Notice how deep and well fit the slide sits into the receiver. This aids in getting the center of gravity lower in the pistol, as with all the CZ 75 B family of handguns. 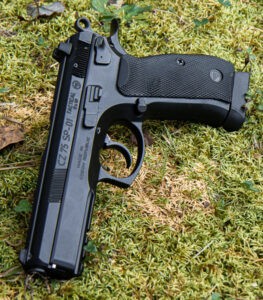 The CZ’s corrosion resistant black polycoat finish held up well over the review and is quite attractive in a utilitarian way.

Throughout the review, we used the factory eighteen round magazines, factory sixteen round CZ 75 B Omega magazines, and Mecgar seventeen round 75B magazines, as reviewed here.
With no failures using any and all of the magazines, the SP 01 Tactical proved to be flawless during the entirety of the review. 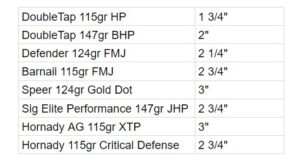 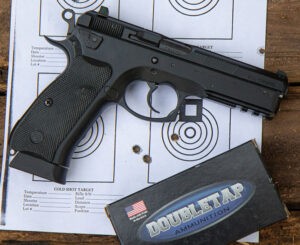 During the review, as you can see in the video, I have several folks of all skill levels run several magazines through the pistol, and all enjoyed running the gun, and I got a handful of offers to sell the gun on the spot. We used a myriad of ammunition in the pistol from mild range ammunition to +P defensive hollow points using a few different magazines with zero failures. I did not clean the pistol during the review; however, I did get some CLP on it about halfway through. While this pistol may be a bit large for concealed carry, if you use a quality rig and dress around it, concealed carry is feasible. For home and self-defense, this pistol would serve well with the rail and night sights. Accuracy was excellent, in my opinion, for a duty sized factory stock pistol. I have been reviewing CZ pistols for about six years now and have not been disappointed in one yet; however, I think of the lot the SP 01 Tactical is my favorite.  If you are in the market for a new pistol, I have no reservations recommending CZ handguns. Y’all they make nice guns, promise.

My review of the CZ P01 Urben Grey silencer ready, with some similarities to the SP 01 Tactical.