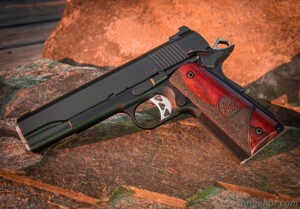 It was a few months ago the Dan Wesson Vigil showed up for review. We pressed it into service right away. As expected, it was well fit and quite attractive, but how would she act? 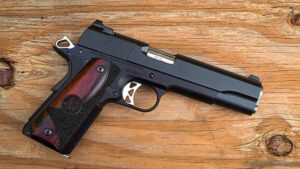 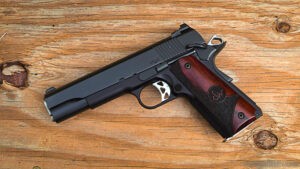 The Vigil is a very traditional looking pistol with classic lines. It has what you need in a defensive pistol with no frills, which I see as a good thing. 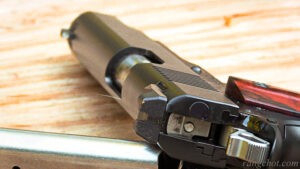 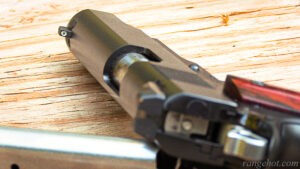 The Vigil has excellent sights, with a drift adjustable rear sight that is serrated on the face to keep any glare down. The front white dot sight is also a night sight and contrasts well against the black rear sight.  I like the single front dot sight set up over a three-dot sight. The fact the front sight has a night sight is a bonus. 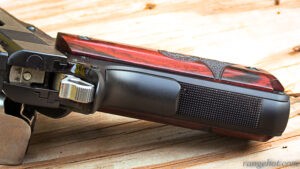 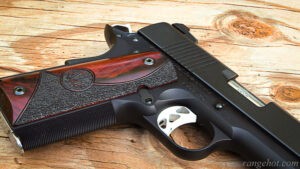 The mainspring housing is twenty-five lines per inch checkered with a well-fit traditional grip safety above it. The hammer is skeletonized to cut down on weight.  The front strap is also well serrated, with the checkered MSH and textured stocks help you keep a solid purchase on the pistol during recoil. The bottom of the mainspring housing is slightly rounded to help a bit with concealment. 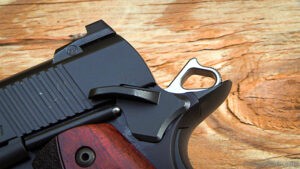 The extended single-sided thumb safety is serrated and engaged off and on with a bit of effort with an audible click. 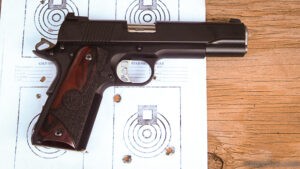 Accuracy wise the gun averaged two to two and a half-inch groups from twenty-five yards from a rest. 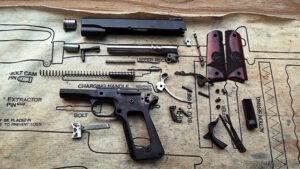 After just over 400 rounds through the gun, everything looks exactly as it should. I realize 400 rounds is not a lot of rounds downrange I am confident if there was an issue with any parts or fit it would have shown up during the review.

The Vigil has proven to be reliable and accurate. If the full-size .45 Auto is not really your speed, the Vigil is also available in 9mm Luger and also in a Commander size, so you do have some options. It is worth talking about the forged aluminum receiver while saving you considerable weight over a steel receiver; some will notice that in recoil. Everyone that picked it up commented on how light the pistol was, but there is a bit of a trade-off in recoil. Dan Wesson is, as usual, using a reduced radiused firing pin stop to help with perceived recoil. You can read how that works by following this link.  For most, this was a non-issue, but a few folks did notice an increase in recoil. Now some of that can be mitigated by technique and range time; it will affect different folks differently. If you are very sensitive to recoil but really dig the Vigil, consider it in 9mm Luger. During the review, we used several types of magazines and ammunition with no issues, so I would be confident in carrying this pistol for self-defense. 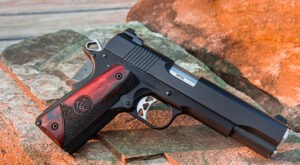 2 Responses to Dan Wesson Vigil, put your carry gun on a diet.