By Hunter Elliott on September 21, 2020 in Product Reviews 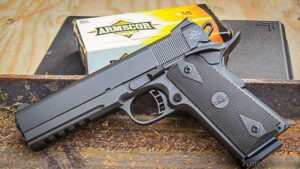 Rock Island Armory TAC Standard FS in .45 Automatic arrived about three and a half months ago for review. We put about 350 various rounds downrange with no pistol failures and it was proving to be a solid pistol.  Way back in 2014 I reviewed the RIA 9mm TAC 1911. You can read that review by following this link.

The pistol was well fit, featuring a monolith look with integrated rail, ambidextrous safety, overtravel adjustment on the trigger. 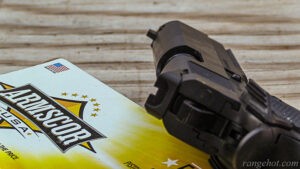 The front sight is standard dovetail but is plain black and does not contrast well with the rear sight. I would prefer a single dot night sight or fiber-optic sight, but I understand that will drive up the MSRP. 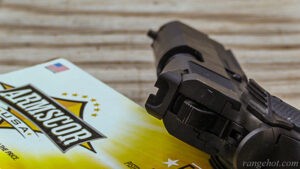 The plain rear U notch sight is adjustable for windage via a set screw. I favor an uncluttered look of this sight. 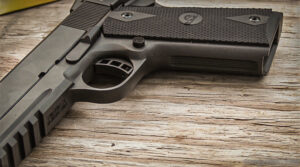 The front strap is partially serrated within a relief. 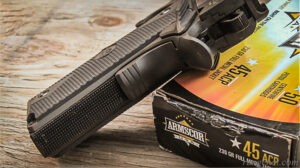 The mainspring housing is checkered, it is worth noting the MSH is made of polymer. While I do not see this as a problem and many other manufactures use this material I did want to point it out.The generous grip safety with an integrated palm swell was well fit. One nice touch was just a hint of serrations on the palm swell for just a bit more added insurance. 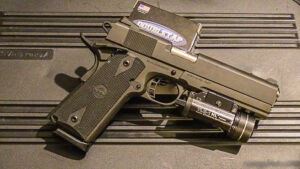 The Streamlight TLR 1 HL worked just fine on the pistol. 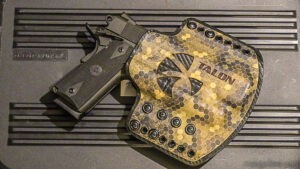 One thing to consider is finding a good holster for a 1911 style pistol with light can be a bit of a challenge, but my Talon Holster designed for such an application worked perfectly. Such a set up would be a viable option for defensive carry. 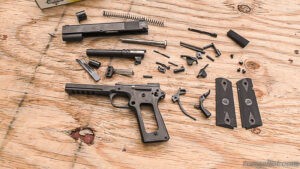 After the 350 and some rounds downrange, I detailed stripped the pistol to check the innards. While I know, that is not a lot of rounds downrange for such a pistol, if something ill fit, incorrectly timed, or inferior, it would have shown up. Take note this pistol does not use any firing pin safety, which I see as a good thing. I like to avoid the lawyer parts when possible. 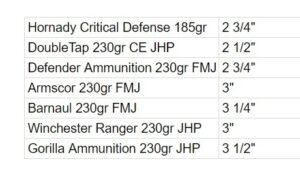 The Rock Island Armory TAC Standard FS ran fine during the review except for an occasional malfunction, the slide not locking back when the magazine ran dry. Once this happened, I numbered that magazine and incorporated a few other magazines, and that failure went away. Upon detail stripping the pistol, I verified the lug on the slide stop was fine, proving the failure was magazine related. The additional weight at the muzzle was welcomed when shooting the +P DoubleTap ammunition but did not unbalance the pistol. Accuracy was not bad, averaging around two and three quarters to three inches at twenty-five yards from a rest. With my aging eyes, I think I could have done a little better with more contrast on the front sight. Please do not think I am trying to trash this pistol, as I am not. These are my opinions of just a few things I would consider changing if this was my everyday carry pistol. You are getting a lot of gun for the money, and the beauty of the 1911 style pistols is how easy it is to personalize. Overall I am satisfied with the pistol, how it ran, and how it shot. It would serve well as an EDC or home defense pistol. Being so reasonable on cost if you are looking for a new 1911 style pistol with plenty of features but maybe are on a budget, you should give RIA a look. If you find you want to swap out a few parts to make it yours, then welcome to the world of 1911s or choose to keep it box stock and enjoy it. 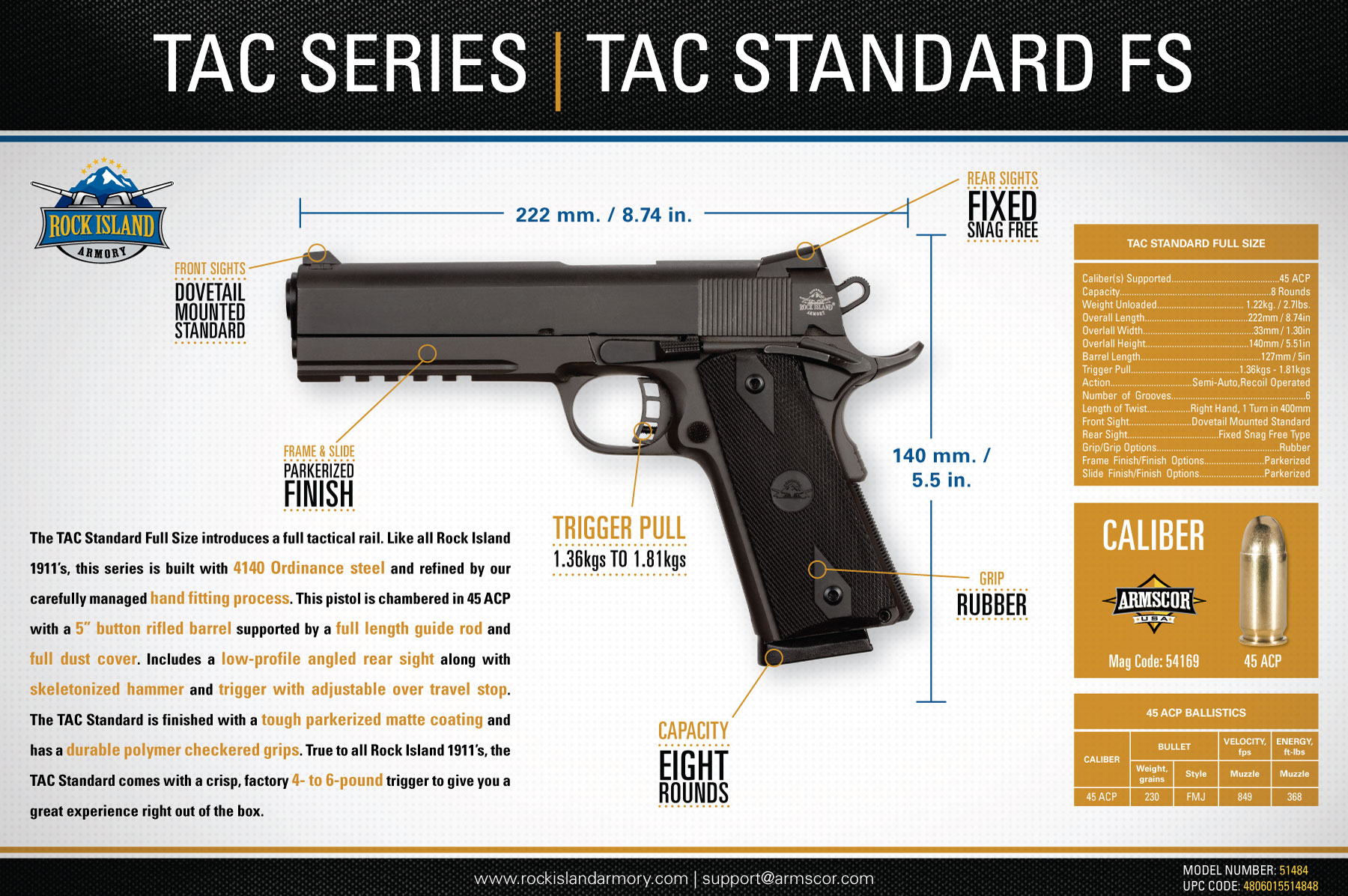