By Hunter Elliott on September 28, 2020 in Product Reviews 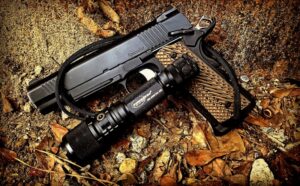 A few months ago a friend of mine, retired law enforcement and a proper gun guy, went to work with Powertac. He asked if he could send me a Warrior G4 tactical flashlight to look over. I have shot with this guy, and I know he knows his stuff, so I accepted.  The Warrior was sent along with a Tactical Weapon Package, allowing the flashlight to be mounted to a rifle’s Picatinny Rail. 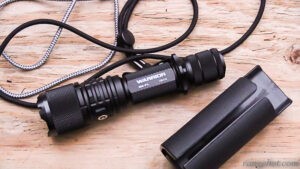 The Warrior ships with a sturdy lanyard and plastic holster.  One of my favorite features is the light is duel fuel, shipping with a rechargeable Li-ion battery that recharges without removing the battery via a magnetic USB cord. You can also use CR 123A batteries if need be. 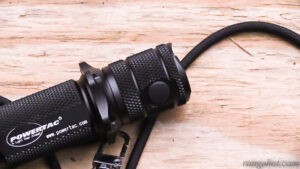 The end cap contains the on/off switch on the back and a small button to cycle through the six modes. Those modes are described below. 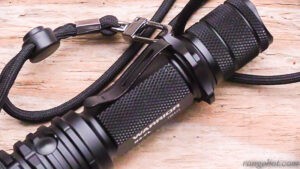 The lanyard attaches to a ledge positioned for ease of use of the light. 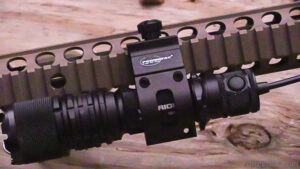 The weapon mount firmly attaches the light to a standard Picatinny Rail and swaps out the end cap to a remote switch. The remote switch still allows for a constant or momentary on with the sample placement of the button to cycle through the modes.

After running the flashlight for a few months, I am quite satisfied with it. There were no issues with the light or recharging the battery.  I appreciate the robust build of the light and the small touches such as the lanyard, removable clip, not having to remove the battery to charge it, and the six modes. I can honestly say the Firefly and High were the two modes I liked and used the most.  Adding the weapon mounting system gives the light a bit more versatility, so you have a flashlight and weapon-mounted light without having to buy multiple lights. I think Powertac has a winner with this next generation Warrior flashlight.